Authorities in the US and Europe have committed to doing whatever it takes to stabilise markets and economies. We are seeing a constant stream of billions – and even trillions – from governments and central banks to support the market. The US Fed, the US Treasury, the ECB, and the European Commission are acting together to swamp economies with liquidity. At present, the total amounts released stand at $4.5 trillion and €4.1 trillion in the US and Europe respectively – well in excess of 20% of each economy’s GDP. We wrote about this stimulus last week, but it is so unprecedented that it bears mentioning again.

This incredible spate of stimulus will continue for as long as it is needed. And recent data releases do not suggest an end is in sight. The latest US jobs report last week shows another 4.4 million Americans have filed for unemployment support, bringing the total number of new jobless claims to 26 million in five weeks. To put that into perspective, the US economy added around 22.4 million jobs in the decade 2009 to 2019.

Chaos in oil markets, volatility in equity markets remains too high for comfort

Stimulus continues in US, while China shows tentative signs of recovery 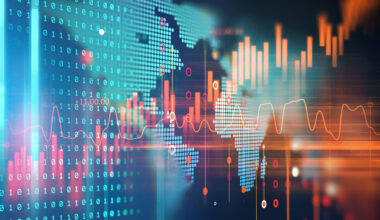 Read More
OOther News
In the past week we have seen a notable pullback in technology stocks. The NASDAQ Index has fallen…