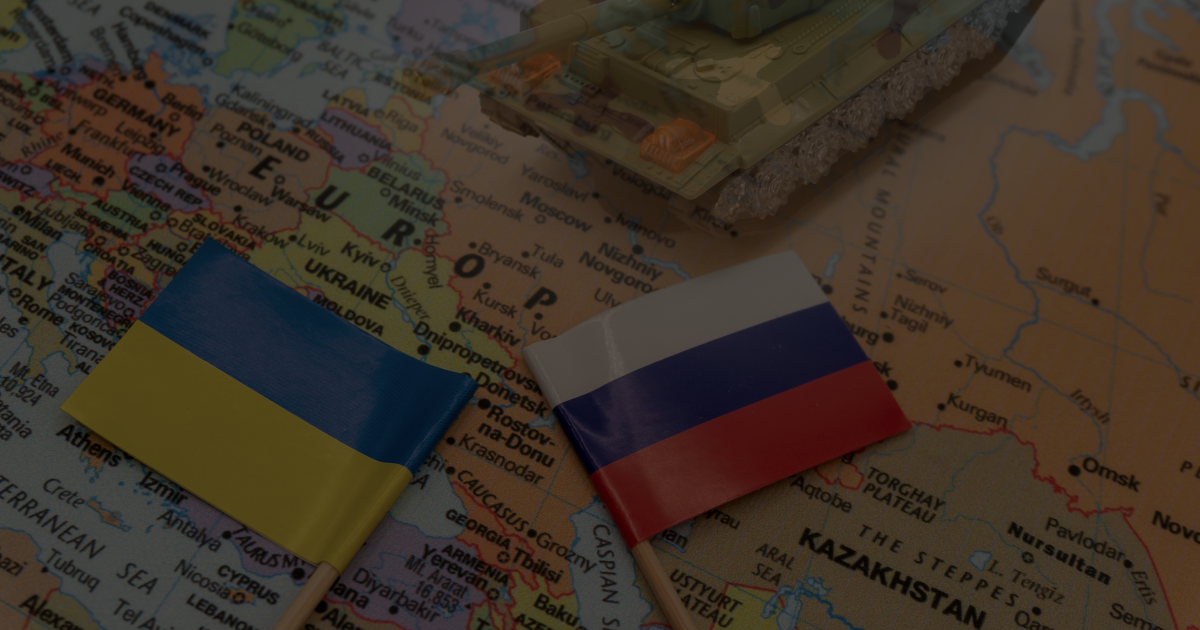 This week, the false narrative we want to challenge is on the topic of inflation. It’s hard to miss this issue, which is now increasingly becoming a part of everyone’s daily life, as well as impacting investment markets significantly. After remaining largely dormant in the developed world for the past 30 years, inflation has very quickly risen to its highest level since the 1980s, taking governments, central banks, and everyday consumers by surprise.

Large sections of populations in the developed world now face a ‘cost of living crisis’, as their incomes are not keeping up with inflation in energy, food, and other living expenses. The situation facing those on medium and lower incomes in the developing world is even worse, with real risks that many will not be able to afford food and other basic necessities.

High inflation is bad news for everybody.

Understanding the cause of the current inflation is therefore, very important. Mis-understanding its causes is risky, as we may enact the wrong policies in response, exacerbating the problem. The stakes are high.

This brings us to our third ‘false narrative’, which we think is critical to de-bunk given the immediate threat to livelihoods and lives posed by the current inflation.

This false narrative goes something like this: Russia’s unprovoked invasion of Ukraine is the primary cause of high inflation today. Both countries are major commodity exporters, especially so in the case of energy and food. As the war continues to interrupt the supply of these commodities to the global market, prices have been pushed up and will remain elevated until the war ends. Given that this war is, ultimately, the responsibility of one man (Vladimir Putin) and his obscene ideology, and the war has caused the inflation, then ultimately this inflation is his fault. If only he hadn’t invaded Ukraine, inflation would still be low and stable, and we could continue on with our lives. It follows therefore that, if the war ends, inflation will also come down significantly and, potentially, stop being a problem.

This narrative is wrong, plain and simple. The Biden administration’s un-ashamed parroting of this narrative for political gain is, to be kind, outrageous and symptomatic of a presidency that has lurched from one crisis to another, without ever taking responsibility. But this is a discussion for another day.

The task at hand is to understand where currently high levels of inflation came from. Was it Putin’s fault? Well, let’s look at the numbers. Inflation levels had remained at or very close to 1-2% in the US and Europe for nigh on 30 years leading up to the 2020 pandemic. Many economists, political leaders, and leaders within central banks, concluded that low inflation was now a permanent fixture of the modern economy.

Inflation was already hitting its highest levels in decades before the invasion started. Yes, inflation rates have continued to climb since, moving above 9% in June this year. And, yes, higher food and energy prices as a result of the war are almost certainly a contributory factor to current inflation levels.

In response to the pandemic the world’s central banks printed a lot of money. Money printing, historically at least, has been inflationary. Close to 30% of the dollars in circulation today in the global financial system were printed in the last two years. It’s no coincidence, we would argue, that many of the 2 year inflation numbers for assets like housing, or even personal consumption goods like cars or eating out, have seen prices rise by about 30%. All of that new money had to find somewhere to go.

Then, with the economic recovery from the COVID pandemic already well underway last year, labour markets in the developed world very quickly moved close to full employment. Labour shortages were already becoming a problem in some sectors of the economy early last year. Into this hot economy with limited capacity to increase supply, the US government decided to pump a $1.9 trillion fiscal stimulus (funded with debt and money printing by the US central bank). Further pumping up an already hot economy at close to full capacity.

The major central banks, led by the US Federal Reserve, were too late in their response to this. The usual playbook for reducing inflation in a hot economy is to raise interest rates. The timing of this is critical, wait too long and inflation can get out of control as it starts to change expectations of economic participants. If people start to think inflation will remain high, they will demand higher wages and change spending habits, thus entrenching inflation for longer and creating an ‘inflation cycle’. The best answer to this is for central banks to raise interest rates early.

Unfortunately, central banks were late to the party, again, led by the Fed, who kept rates at their lowest levels in history through 2021, effectively continuing to stimulate the economy via monetary policy despite the fastest rise in inflation in the US in more than 40 years. This complacent response is now costing us.

Over-stimulus into a hot economy, followed by a slow response from central banks, was probably the cause of the 1970s inflation cycle too.

We always try and end these messages with an optimistic note, but sadly in this case, the message is one of economic mismanagement causing high inflation, with political leaders in the West refusing to take responsibility and instead passing the buck.

Hopefully the belated response from central banks to fight inflation works. We have seen commodity and other input prices come down significantly from highs over the past several months, and this may indicate a decline in inflation is coming soon. But investors should also be prepared for inflation to continue to be a problem for longer than expected, as history shows us that these cycles of inflation can sometimes continue.

The trick here is to focus investments into assets where inflation, high or low, is not a major issue for the long-term value of what you are investing in. We continue to think high quality, growing businesses, trading at reasonable valuations, offer a safe harbour for investors to wait out this storm.